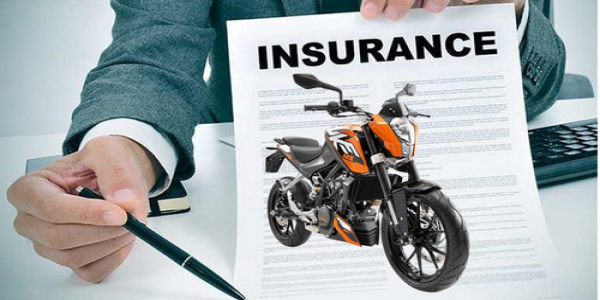 While bikes save a lot of commuting time, driving them can be risky. Hence, the most important thing a person should do right after buying a motorcycle is insuring it. Bike insurance protects a policyholder from the expenses that arise due to an accident. They can find security against unforeseen events with the benefits of insurance.

Securing a bike with one of these plans is vital. While expenses caused by accidents can go high, insurance for two-wheeler can minimise the cost significantly.

The cover is the sum assured that the insurer must pay if there is damage to third-party property or a policyholder’s bike. It’s the amount of money a policyholder receives in order to pay for the repair costs.

Premium is the amount of money a policyholder must pay to get the benefits offered by the insurer. The payment must be made while purchasing or renewing a policy.

Bike’s age and model are some factors that impact the premium price. If a policyholder fails to renew the policy, then they will have to let go off their benefits. Not paying the premium can become a costly mistake if a policyholder meets with an accident. Hence, it is recommended that a policyholder renews bike insurance well before its expiry.

If a policyholder meets with an accident, then they need to file a claim in order to get the cover. A claim is a formal request raised by a policyholder to receive the insurance benefits.

Comprehensive bike insurance also offers other benefits such as cover against natural and human-made calamities.

Insured Declared Value (IDV) is the market value that the insurer has pegged for a policyholder’s bike. The sum assured is based on the IDV. A crucial thing a policy buyer should know about the insured declared value is that it dips as bikes depreciate over time.

A policy is purchased for a term, and normally, it is for one year. After the term ends, the policy expires. However, in order to get the benefits of a plan, a policyholder needs to renew it. If bike insurance has expired, then the insurer will not cover the person. It can be fatal for a person’s savings in case of an accident as they must pay for the entire expenses caused by the damages.

Many people don’t renew their policy because they forget insurance’s expiration date. But such a problem can be avoided by purchasing long term bike insurance.

HDFC ERGO offers a long-term bike insurance plan that covers a policyholder for up to 3 years. With the plan, a policyholder doesn’t have to remember paying the premium after every year.

Tips to Keep in Mind when Growing Cannabis

FOR THE LOVE OF VINTAGE FURNITURE

Personality Traits Every Maid Should Have

Find the Right Commercial Laundry Appliances for Your Company